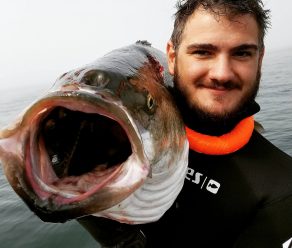 Director / Chairman of the Board

Nick is the director and chairman of the board for TRP and began diving at the age of 13. He is one of the directors of Freediving education for SSI as well as vice president of the Boston Sea Rovers. He is also the leader of the Redbull Cliff Diving U.S. safety team.

In 2009 Nick participated in his first freediving course and discovered, for the first time, how much there was to learn about the sport. During the course Nick learned the techniques he’s developed and uses to teach today. With a natural talent – and already a very accomplished scuba instructor – Nick was encouraged to pursue his freediving instructor certification. So, with a lot of dives and Nick enrolled in a freediving instructor development program with Kirk Krack, Ted Harty and Erin Magee of PFI.

After completing the instructor course Nick returned to East Coast Divers in Boston and proceeded to develop the largest freediving and spearfishing program in the North East. In a short amount of time with fantastic references from previous students, courses started filling up with dozens of students every month. During this time Nick participated in multiple AIDA international freediving competitions and become an AIDA freediving judge. At these competitions and during training sessions with the world record holder William Trubridge, Nick hit some of his personal best depths. At his first Master  Nick exceeded 61 meters of depth with a pair of regular freediving fins (200 feet) with just two years of training behind him. A short time later Nick bested that number with a dive to 85 meters (280 feet) with a monofin and regular mask.

After his very successful time competing Nick was sought after by Scuba Schools International (SSI) to build up their recently developed Freediving Program for the US. Currently Nick holds the position of International Training Director for SSI Freediving America.

Along with his freediving Nick has also been teaching Scuba since 2005. With thousands of students under his belt, from entry level all the way up to professional and technical levels, he has a of experience in all areas of underwater exploration.

When Nick isn’t teaching he runs freediving and spearfishing trips all season long as well as cave diving in Mexico and wreck diving all over the globe.