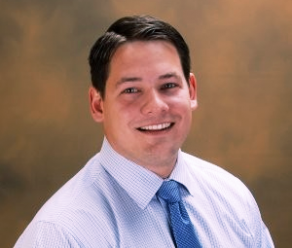 Malcolm Bybee is a Marine Corps veteran with 8 years of service to his country.  He enlisted in the United States Marine Corps in 2005 and held an occupational specialty of 0331 Machine Gunner. His tours of duty were to Iraq in 2006 and Afghanistan in 2011. After the Marine Corps, he attended Babson College for his undergraduate degree in Entrepreneurial Business Management and Northeastern University for his Master’s Degree in Project Management.  Malcolm Currently works as a Project Manager of capital projects for a niche, biotech contract development manufacturing company.

Malcolm realized his passion for scuba diving while on vacation in the Bahamas back in 2007. From there, he would unite his passion for SCUBA with his love for traveling and exploring new worlds. Malcolm has traveled to more than 29 countries and has been scuba diving in more than half of the destinations he has visited to date. He continues to travel to a new destination every year and experience scuba diving all over the world. Other passions Malcolm enjoys include but are not limited to: Sport Fishing, Fly Fishing, Hiking, Hunting, Marksmanship, Boating, Rugby, Boxing, Golf, Cooking (Braai/ BBQ & Smoking), agriculture, farming, spending time with family, and playing with his two dogs Buddy & Lady.

Malcolm is currently a Masterdiver and is working on achieving credentials to become a Divemaster. Malcolm’s goals as President of the Tactical Reintegration Project are to: build strong community, develop TRP’s veteran support & reintegration programs, establish sustainable lines of funding, and grow TRP as an organization so that it can expand into new geographical areas along the Eastern United States.