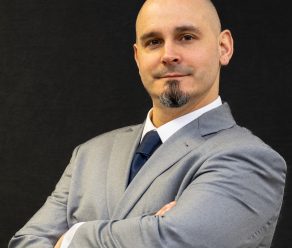 Daniel is a 7.5-year Marine Corps veteran.  He joined the USMC shortly before 9/11, and served in Kandahar, Afghanistan.  He also participated in several humanitarian relief missions, such as the 2006 efforts for the landslides in the Philippines.   After the Marines, he attended the University of Connecticut to earn a Bachelor of Science degree in Mechanical Engineering and Penn State to earn a Master of Engineering Management degree.

During his world travels, Daniel fell in love with the ocean and became an avid surfer and free diver.  He later decided to extend his dive time and pursue certifications in SCUBA diving.  Since then, he has gone diving all over the world, including places like Japan and Thailand.  Diving is where he finds peace as it’s the only time his mind is still.

Daniel is currently a Divemaster and an OC Technical Diver, and is working on achieving credentials as an Open Water Assistant Instructor.  He hopes that through his service with TRP, he can give back to the community, and assist other veterans find peace with diving. Daniel runs our Community Development Programs, manages the website, and manages the social media.