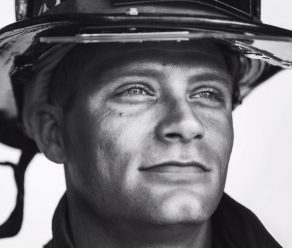 Michael Lydon currently serves as a First Sergeant with the 94TH Military Police Company in Londonderry NH. He has been in reserve service since 2002 and just recently achieved 20 years of service. He works full time as a member of the Boston Fire Department where he works on Tower Ladder 3 on a Technical Rescue Team. He is also an active member of the departments dive team. Michael also serves as a rescue team member on Massachusetts Task Force One Urban Search and Rescue. This past September he was deployed to Louisiana to help with hurricane recovery efforts. Michael holds a Bachelors degree from Endicott College with a BA in Criminal Justice and concentration in Homeland Security.

Michael lives in West Roxbury MA with his Wife Christin and son Connor. Michael was one of the founding members of the Tactical Reintegration Project and has been an active member since then. Michael found scuba diving and was instantly hooked from diving on Cape Cod or on the North Shore to the Caribbean. Through his internship with East Coast Divers and the training of the TRP Michael is our first candidate to achieve the assistant instructor rating within TRP. Michael can be found on a dive most weekends during the summer months. He likes to get together with members of TRP and go lobstering.