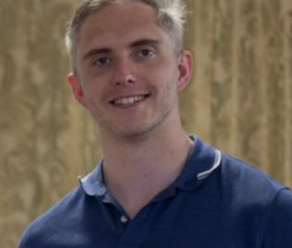 Rob is a 5 year Marine Corps veteran. He enlisted in the Marine Corps in 2008 where he served as a Naval Aircrewman aboard the KC-130 platform. After his enlistment he went on to earn a Bachelor of Science degree in Applied Physics at Northeastern University.

Rob made a number of friends through Northeastern’s Student Veteran Organization which is also where he first learned of the Tactical Reintegration Project. He first came to the TRP as a beneficiary of it’s training program where he was a student in TRP’s Open Water certification Class 0. He has since found a love of hunting lobsters in waters of New England.

Rob is currently an advanced open water diver working towards becoming a Divemaster and eventually an Open Water Assistant Instructor. He hopes to recycle the training he has obtained through the TRP back into the community where he can help lead the next classes of TRP students.